MY FRIEND THE POLISH GIRL

Now Available
A young female documentarian strives for hyperreality in her most recent project, while she manipulates the life story of an unemployed Polish actress living in London.

'My Friend The Polish Girl' borrows from cinema verite and video bloggers to recreate a naturalistic, documentary style within the framework of a traditional narrative feature. The film follows Katie, a wealthy American filmmaker living in London, as she chooses the subject of her next project: Alicja, an erratic and unemployed Polish actress new to the city. As they grow closer, Katie's colonizing and disruptive presence in Alicja's life begins to blur the lines between documentarian and subject, and between manipulated fiction and reality. Set in a post Brexit sociopolitical landscape, Katie's treatment of Alicja mirrors the United Kingdom's approach towards the European immigrant community: welcomed, used, then discarded. 'My Friend The Polish Girl' is a raw, sexual, and visually brash film exploring the intersection of power, control, and intimacy, set against the backdrop of contemporary British culture. 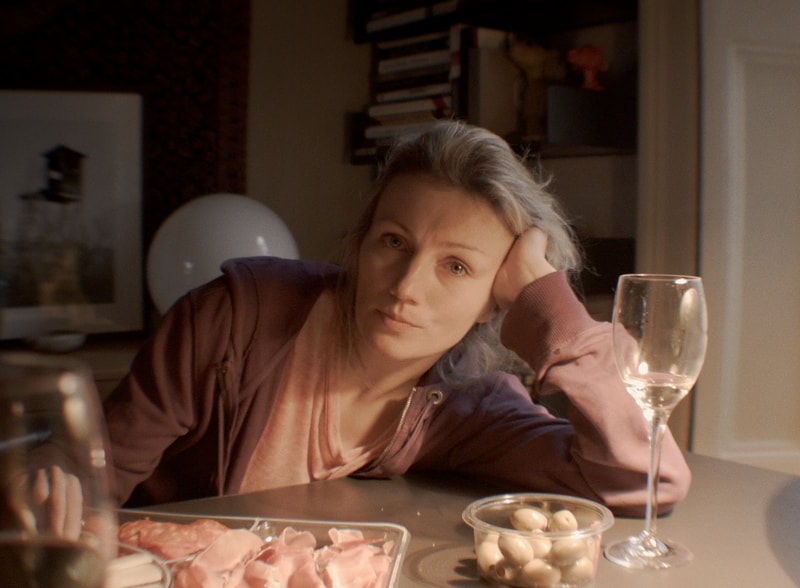 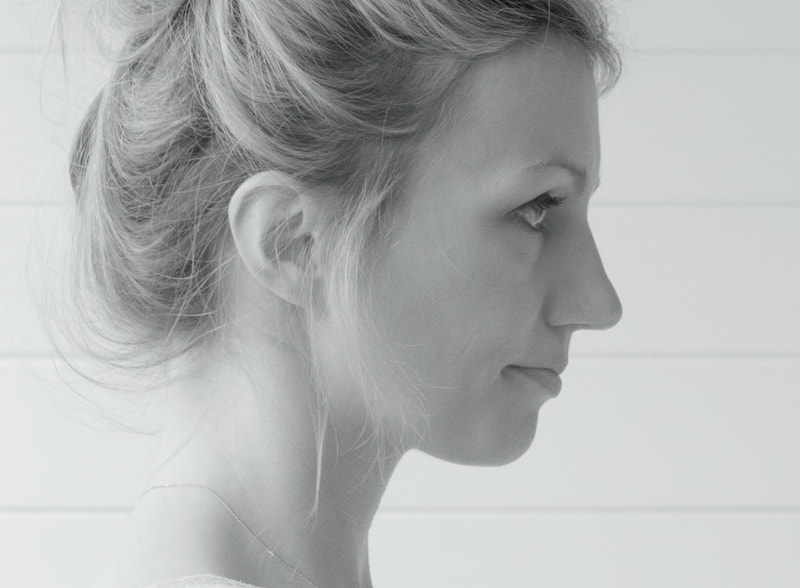 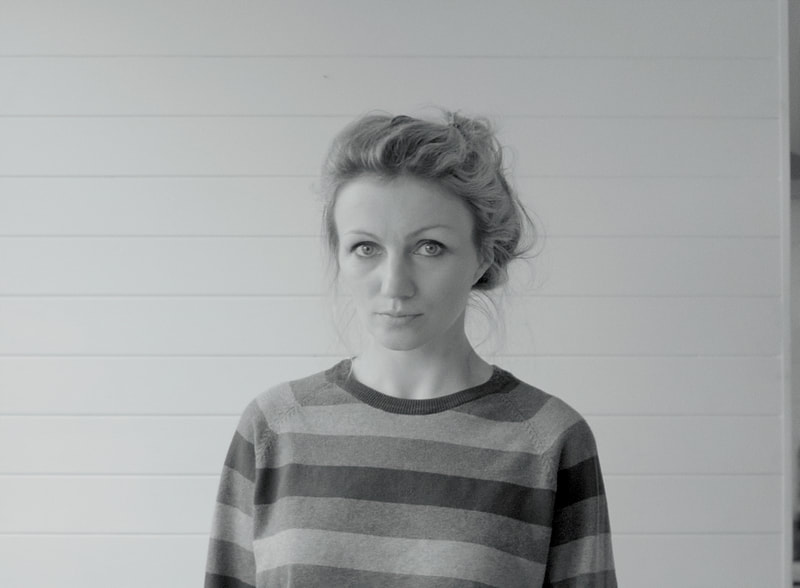 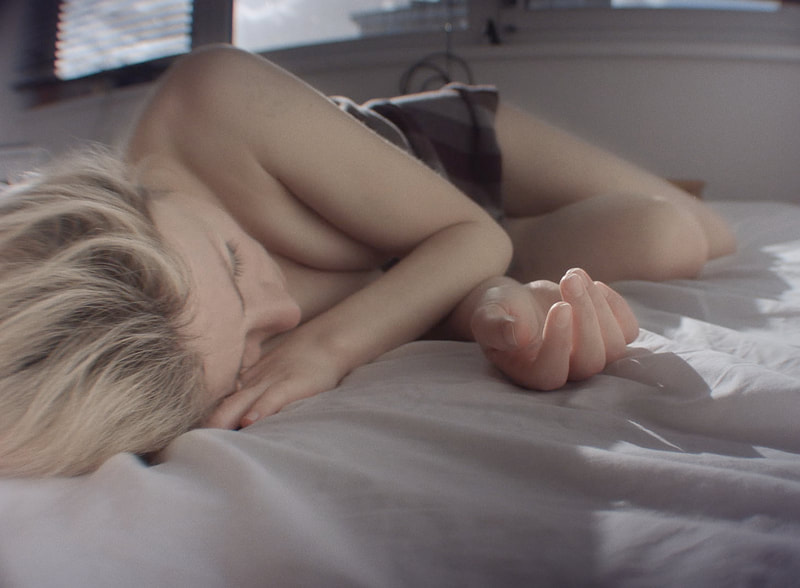 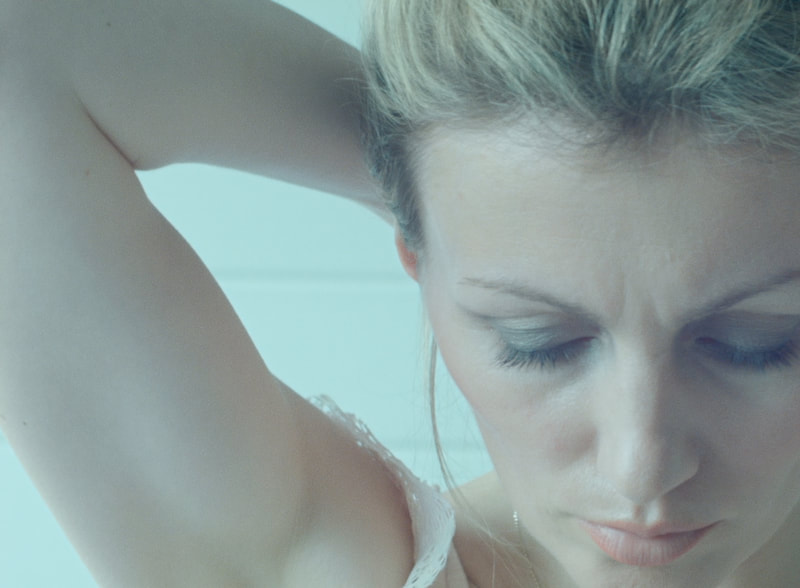 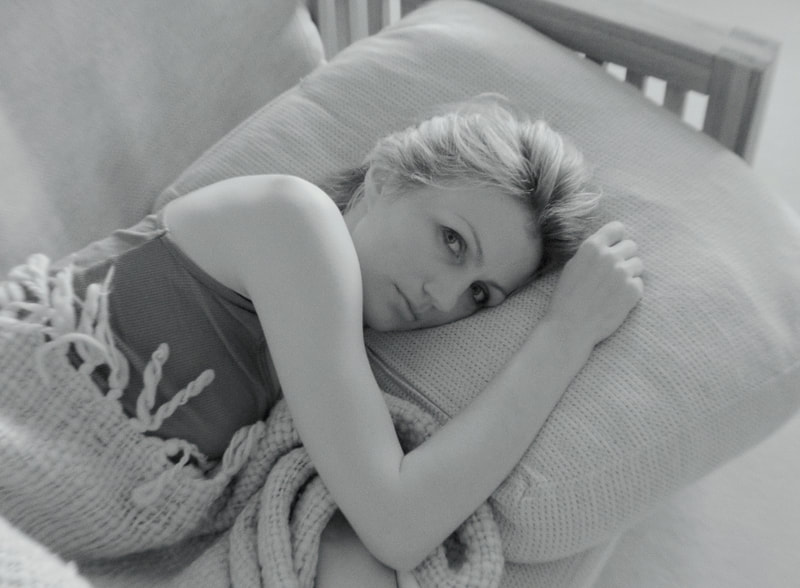 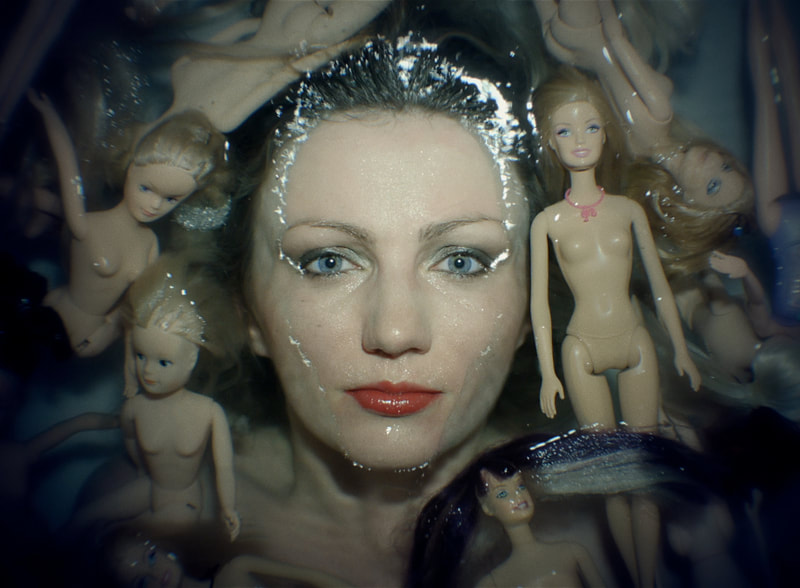 "The fiction film 'My Friend The Polish Girl' is seemingly a documentary about a damaged unemployed actress living in London (Alicja), but is also a critique of the documentarian filming her (Katie). Katie is a filmmaker searching for answers who steps on people like Alicja in order to get them. Alicja, on the other hand, uses her sexuality to dominate others, including Katie. These power struggles interested us, and we decided to explore them through Katie’s lens, as the film the viewer watches would be Katie’s documentary, making the viewer, in some way, her alter ego. We were interested in critiquing the viewpoint of a filmmaker (and to some extent, critiquing ourselves). We wanted 'My Friend The Polish Girl' to communicate an emotional story of two dysfunctional women struggling to find intimacy. To varying extents, we were inspired by the cinema of Ingmar Bergman, Krzysztof Kieslowski’s 'Camera Buff', 'Man Bites Dog', as well Atom Egoyan’s 'Calendar', but more than anything, we wanted to create something of our own: a film about the vanity of an artist and her failure to fully explore the human psyche.

"What Ewa and Mateusz have created defies cinematic categorization. In their pursuit of documenting the immigrant experience, they have produced a film that employs fiction in order to establish truths. Whether you're in Warsaw, London, or Hollywood, dynamic and deeply human stories such as 'My Friend The Polish Girl' will never go out of fashion, and we're grateful to present it."

Ewa Banaszkiewicz (Director, Writer, Producer) was born in London to a Sri Lankan mother and Polish father, and studied Film Directing at the National Film School in Łódź. There she met Mateusz Dymek, with whom she started collaborating in 2007. Her student film 'I Wish, I Wait' (2001) about the Sri Lankan diaspora in London, premiered in competition in Cannes. After graduating, she was invited to the Cannes CineFondation Residence in Paris. In 2009, she married her creative partner Mateusz Dymek.

Mateusz Dymek (Director, Writer, Producer) was born in Warsaw in 1976. His family defected from communist Poland to live in Sweden and the United States. He returned to Poland to study film direction at the National Film School in Łódź. There he met Ewa Banaszkiewicz, with whom he started collaborating in 2007. Dymek’s student documentary 'Ewelina!' (2002), about an unemployed actress, was screened at Dok Leipzig. His graduation film 'Surface Animal' (2003) was nominated at Gdynia Film Festival, and afterwards he attended the Nipkow Programm in Berlin. In 2009, he married his creative partner Ewa Banaszkiewicz.

Aneta Piotrowska (Alicja) was born in Poland, and trained at the Lart Studio in Kraków. She came to London over fifteen years ago for a two week holiday to visit a friend, and never went back. Aneta works successfully as an actor in television, theatre, and radio. Aneta is a member of theatre company Cabinets of Curiosity. Her latest credits include stage performances in 'Perfect Murder' and 'Dead Simple' at Mill at Sonning, a role in the feature film 'The Last Boy', Evelyn in the award winning short animation 'Wednesday with Goddard', and parts in BBC radio dramas including 'Polygamy for Girls' and 'Connor’s Song'.

Emma Friedman Cohen (Katie) is American/South African actress living in New York and London. Born outside of Boston, Massachusetts, she fled to the Scottish Highlands, and later to Edinburgh University, where she joined Bedlam Theatre and the International Fringe Theatre Festival. After University, Emma moved to London to train at the Drama Centre where her work brought her to Shakespeare’s Globe Theatre, as well as the Vakhtangov School in Moscow, Russia. Emma’s work in London ranged from classical stage productions including Ibsen, Shakespeare, Chekhov, and Tennessee Williams, to independent films and commercial work. In 2014, along with her creative partner, she decided that starting a production company was the sane thing to do, and has since produced five short films, with a feature being shot  in summer 2018. The short films have been screened in festivals in France, Ireland, and Romania. Emma currently continues to bounce between film, television, and stage in the United States and will always be passionate about being given the opportunity to tell stories.